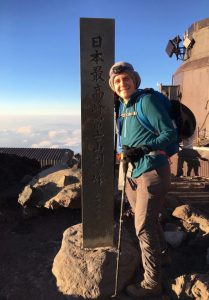 And this time, I did not climb alone.

On the afternoon of July 19, I set out from Fujinomiya Fifth Station (elevation 2,400 meters) with my mother, Paula, and family friends Laurie and Kaitlyn (another mother-daughter team). 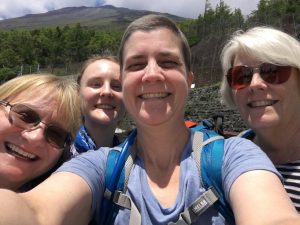 Team Fuji/100 Summits 2018 climbed from the fifth station to the New Seventh Station, where we spent the night at Goraiko Sansou, a mountain hut that offers meals and lodging to Fuji climbers. (Each of the stations between Six and Nine offers meals and lodging. We chose seventh because it offered a good “test hike” for the first day, since some of our team was not experienced in the mountains.) Here’s a shot of my mother making her way toward the seventh station rest point: 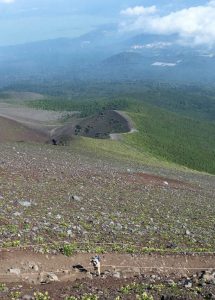 The views from Goraiko Sansou – were breathtaking, both in the evening: 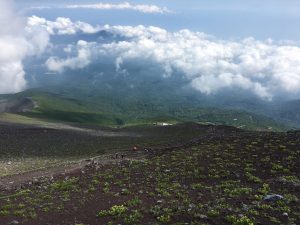 And when we set out at midnight to resume the climb. Unfortunately, my camera couldn’t capture the brilliant arc of the Milky Way overhead, or the blazing red eye of Mars watching over my progress from the heavens – so you’ll have to take my word for it that the night climb was spectacularly beautiful as well. 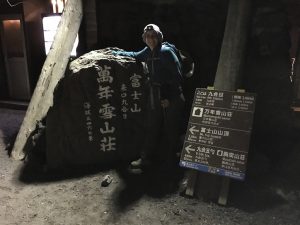 We hiked through the hours from midnight until 4am, when the sky grew light with the promise of dawn. 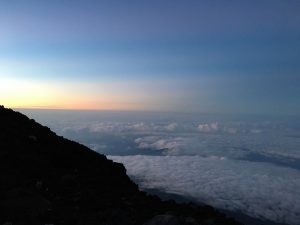 At 4:15, Kaitlyn and I reached the summit plateau: 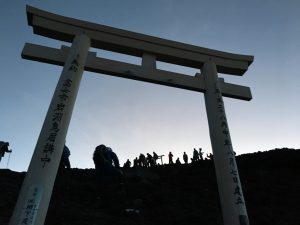 Just in time to witness dawn on Fuji’s peak. 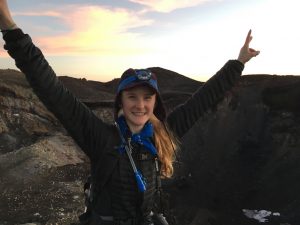 My mother and Laurie made it to the eighth of Fuji’s ten stations – quite a feat for novice climbers of any age (and my mother just turned 75!!). They may not have made the highest point, but on a personal level, the summit of any mountain is the height to which you climb – and every person who attempts a peak succeeds if (s)he returns to the bottom safely. On large peaks – like Fuji – the descent can be as big a challenge as going up: 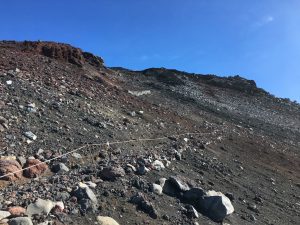 Success in the mountains is measured in experience, lessons learned, and the joy of climbing – even more than altitude.

I’ve wanted to experience Mount Fuji since I first saw a photo of the sacred peak in 1976. I was in Kindergarten, and the mountain’s perfect cone made an indelible impression on my mind and heart. more than forty years later, that dream has now come true. 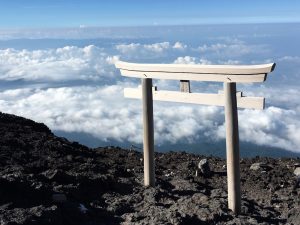 After the climb, someone asked me whether I thought ascending Fuji so early in my 100 Summits quest would make the climbs that follow less significant. My answer: a resounding no. 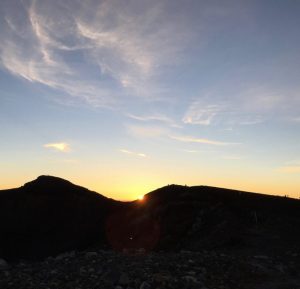 Each peak has gifts and challenges to offer, if approached with an open mind, a humble heart, and the desire to learn and to see what the mountain holds. I’m looking forward to seeing what the rest of this year-long adventure has in store.

Have you climbed Mt. Fuji? What was the last achievement you’re proud of in your life – no matter how large or small?