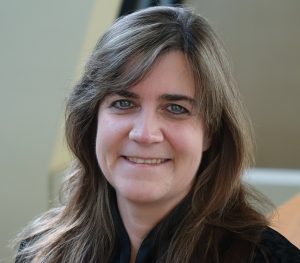 Susan began reading precociously and voraciously from her preschool days in Santa Monica, California, and as a child read everything from National Geographic to Agatha Christie. In high school, she once turned a short-story assignment into a full-length fantasy novel (which, fortunately, will never see the light of day).

A yearning to experience different cultures sent Susan to Tufts University in Boston, where she immersed herself in the history and culture of China and Japan. After earning an undergraduate degree in Asian Studies, Susan diverted to law school. She returned to California to practice law, where her continuing love of books has led her to specialize in intellectual property, business and publishing contracts.

In 2017, Susan made the bold decision to face her fears and climb 100 Japanese mountains in a single year, but while preparing to leave the United States, she was diagnosed with an aggressive form of breast cancer. She chronicles her fight to overcome cancer and fear, while learning what it means to “live your dream” in CLIMB: Leaving Safe & Finding Strength on 100 Summits in Japan (Prometheus Books, August 2020).

Susan’s interest in Japanese history, martial arts, and mystery also inspired her to write the Shinobi Mystery series featuring Hiro Hattori, a sixteenth-century ninja who brings murderers to justice with the help of Father Mateo, a Portuguese Jesuit priest.

Susan’s first novel, Claws of the Cat: A Shinobi Mystery (Minotaur Books, 2013) was named a Library Journal mystery debut of the month and was a finalist for the Silver Falchion Award for Best First Novel.

In 2016, Susan’s mystery series–now called the Hiro Hattori Novels–moved to Seventh Street Books, with the August release of the fourth installment, The Ninja’s Daughter (2016) followed by Betrayal at Iga (2017) and  Trial on Mount Kōya (2018), which pays dual homage to Agatha Christie’s And Then There Were None and to Susan’s love for Kōyasan, one of Japan’s most sacred mountains.

The most recent Hiro Hattori novel, Ghost of the Bamboo Road, released in November 2019 – a spooky season perfect for Hiro’s encounter with a legendary Japanese ghost. Her eighth Hiro Hattori novel is scheduled for release in 2021.

Susan is the 2015 Rocky Mountain Fiction Writers’ Writer of the Year, a former president of the Northern California Chapter of Mystery Writers of America and a member of Mystery Writers of America, Sisters in Crime (National and Sacramento chapters), the Historical Novel Society, and the Rocky Mountain Fiction Writers. She is represented by literary agent Sandra Bond of Bond Literary Agency.

Susan currently lives in Tokyo with Oobie, her ex-pat cat, which serves as her home base for writing, mountain climbing, and sharing her love of Japanese nature, history, and culture through her blog and social media feeds.  You can find Susan on Facebook, Instagram, YouTube, and Twitter (@SusanSpann), where she shares exciting stories and breathtaking photographs from her travels in Japan.

For appearance information, and to watch her latest video interviews, check out the appearances page!